Afternoon Tea with Wedgewood at The Langham 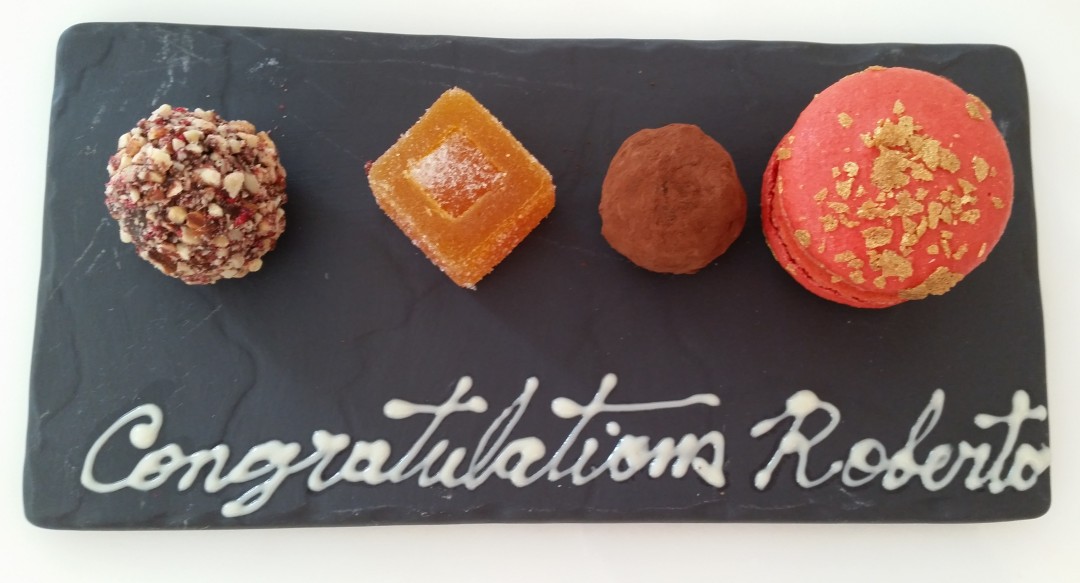 The Langham in Sydney recently re-opened after a $30m refurb, so when a friend decided to celebrate becoming an Australian citizen (as a Brit, with Australian citizenship, the irony he chose to do something very English didn’t escape me), I was as excited to see how the hotel had changed (I last visited about 2 years ago), as I was about the food and tea. The refurb was not unexpected, as Langham Hotels only bought The Observatory Hotel (previously owned by Orient Express) in June 2012. The decor is still elegant and sophisticated of course, but no longer looks tired. Anyway, back to Afternoon Tea. As we were celebrating a friend becoming Australian, we chose the menu with the glass of Australian Prosecco. After we had ordered, the waitress asked if we were celebrating any special occasion and I mentioned my friend’s newly gained citizenship. We soon forgot about this though, as we enjoyed our variety of teas (Orange Pekoe, Peach Flower and  Massam Chai), so it was a lovely surprise when they arrived with the petit fours pictured. The traditional 3-tiered stand was generous. So much so, that we didn’t manage to eat everything. Luckily, the waiter said he could put the non diary items in a good bag for us to take home. All in all, it was a lovely, civilised afternoon with friends. The only omission – unlike when I had High Tea at the Hydro Majestic a couple of weeks earlier – the piano player was missing. A little bit of jazz in the background would have set it of perfectly, although I may have been confused and thought I was in an episode of Downton Abbey!