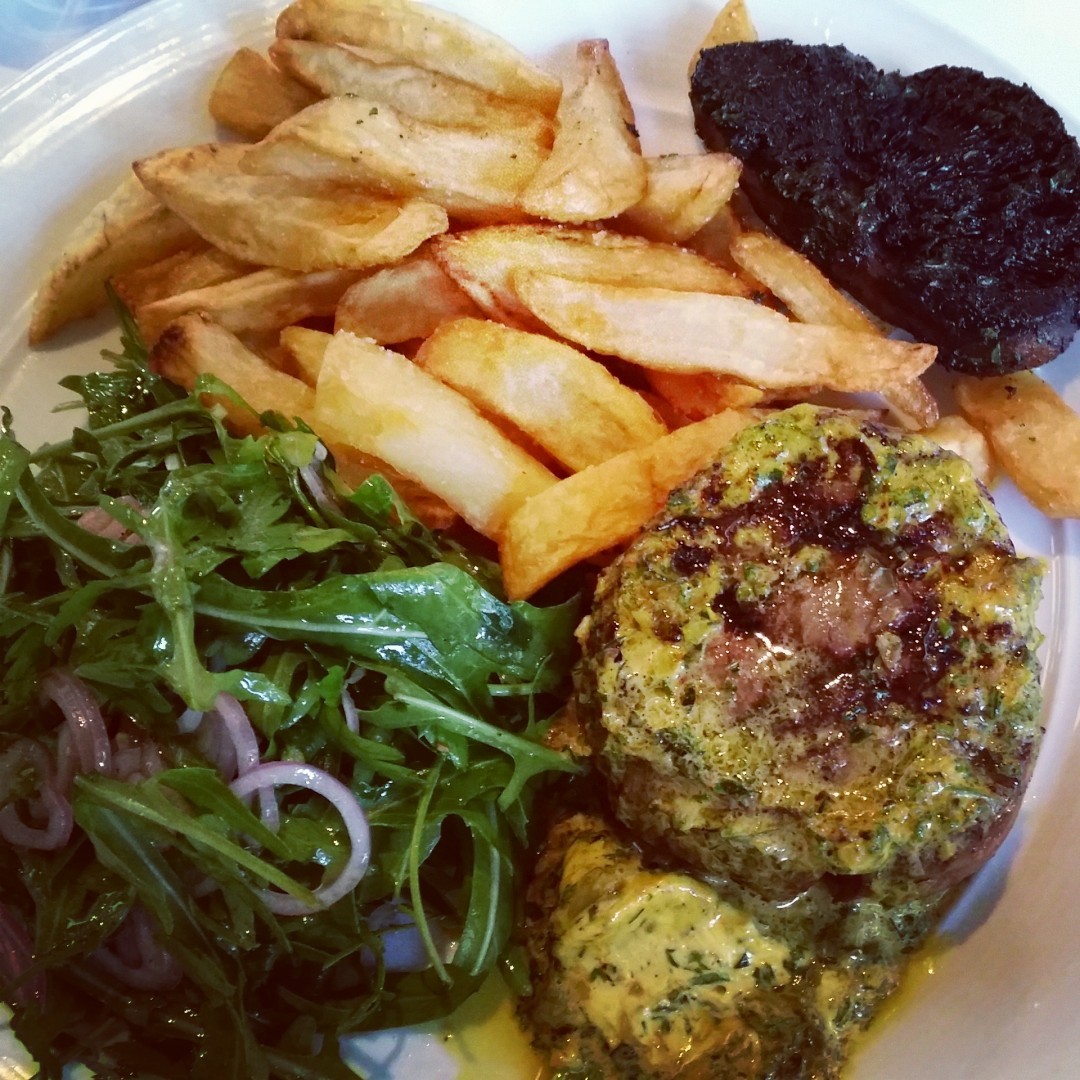 If, like me, you thought this dining establishment sounded like a backpackers joint, think again. I have driven past here many times, but never been inside until tonight, and I was very pleasantly surprised. I might even go as far as to describe it as the ‘perfect local’, in that it has a traditional  style pub at the front (but certainly not dingy) and a fine dining restaurant and beer garden at the back. Heck, there is even a function area upstairs called ‘Nude’ – a nod to the fact that The Australian Youth Hotel operated as a brothel between 1967 and 1974! The walls are still adorned with pictures of sensual and naked women. Nude consists of 3 areas, suiting private functions from just 20 people. Or you can hire the entire floor. Downstairs in the restaurant, I had the ‘Greenstone Creek’ eye fillet today with Cafe de Paris Butter and Handcut Chips, as well a side of Roast Garlic Field Mushrooms (as pictured – though it does not do it justice) and my partner had the fish of the day (Mulloway). Both dishes were excellent and far better than I expected to be honest (9/10). The service was also great, except one small thing (if I’m being picky)…the waitress bought my partner a normal Little Creature Beer, when he had ordered a mid-strength beer, as he was driving. Luckily he noticed, although I doubt it would have put him over the limit. The decor in the restaurant is also interesting. I loved the exposed brick and suspect it was once used as a stables. There is also a mezzanine, which would be perfect for a private function if you didn’t fancy pictures of naked women on the walls!

← The Grounds of Alexandria Gelato Messina →