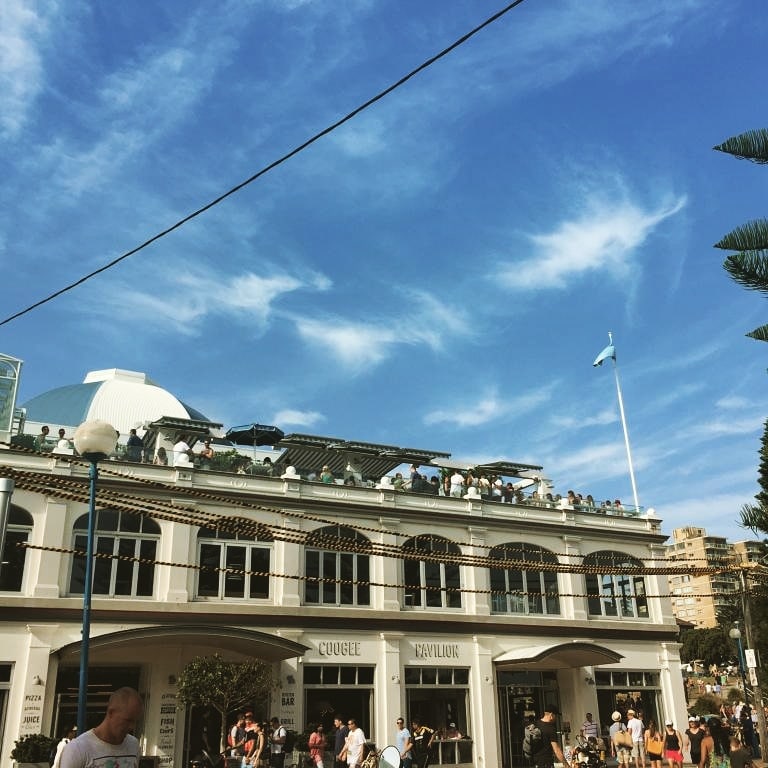 I have been to Coogee Pavilion three times since it opened last year, including twice to the Rooftop which opened just after Christmas 2014. In a nutshell, Justin Hemmes has waved his magic wand again. Downstairs is an oasis for little and big kids, whilst upstairs is exclusively for adults and has stunning views of Coogee Beach. Both are full of beautiful people, as well as beautiful food, although the menus are completely different. Personally, I prefer downstairs’ menu (it is a lot more extensive – pizzas, oysters, sashimi etc) but the Mediterranean snack food upstairs is god too. As mentioned, downstairs is very family friendly, so much so, that midweek, you will find a lot of mother’s groups here. It is a large space though (seems much bigger than when it was the Palace), so there is plenty of room for them, you, a table tennis table, giant magnetic scrabble, florist and a barber shop! Tip – get there early, especially on weekends. Having said that, you can thankfully now reserve areas for groups (it was just walk ins when they first opened). I am really looking forward to the fine dining restaurant on the middle level opening later this year, which rumours say will rival Icebergs Dining Room & Bar. Watch this space for more details!

← The Dining Room at The Park Hyatt Cafe Sydney →