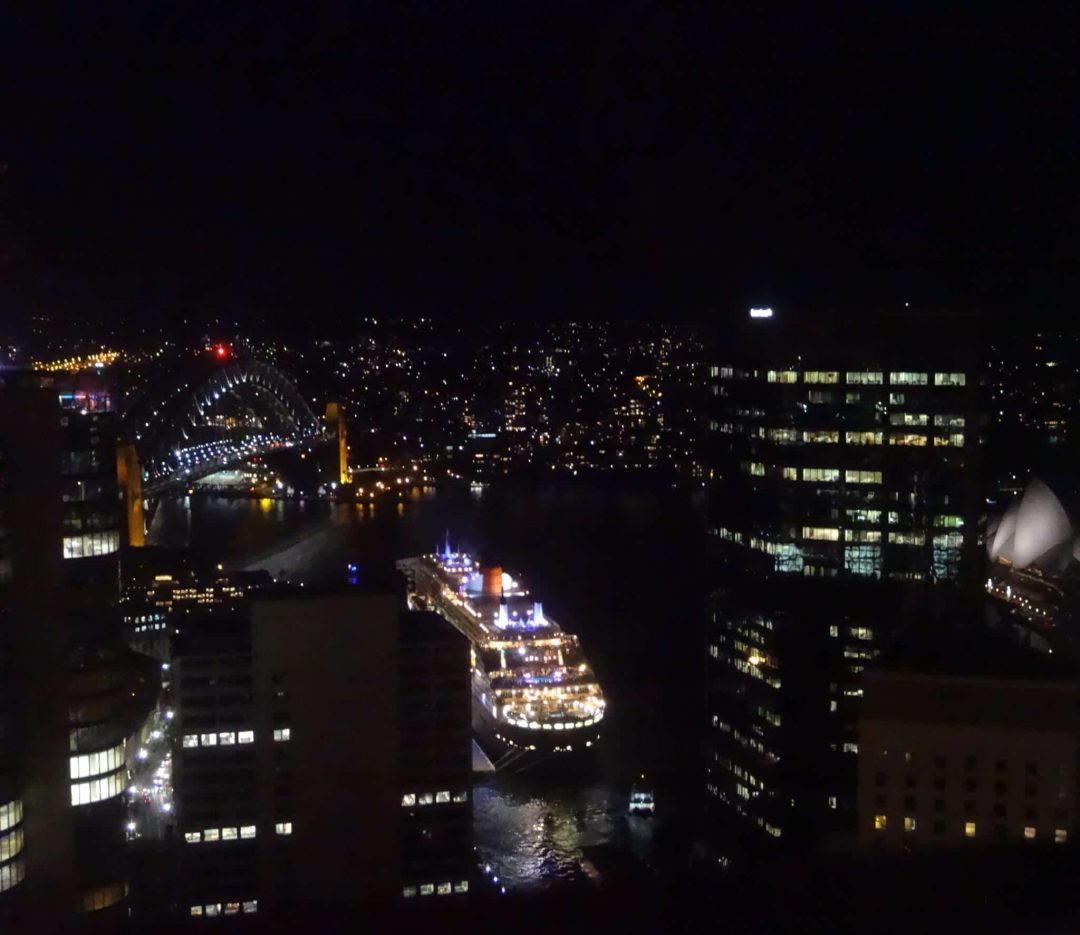 When my cousin said she was coming up to Sydney, from Melbourne, for the weekend, I racked my brains on where we should dine last Friday night. I wanted somewhere with a view, but also great food and service. As I have mentioned before, a lot of restaurants with a view rely on that, so don’t seem to make much effort elsewhere. In the end, I chose O Bar and Dining.

I had a bad experience at O Bar & Dining last June, during Vivid, when they were rushed off their feet. A restaurant of this calibre should be able to cope with the crowds on a Tuesday night, but having eaten there plenty of times before, with no issues, I decided it was time to give them another shot. I am glad I did. The service was great, the food was great, the views speak for themselves, and most importantly, my cousin enjoyed it.

The first thing you should know about O Bar and Dining, is that it is a revolving restaurant on the 47th floor of Australia Square. It does take a little bit of time to get used to the restaurant revolving, especially as the upper tier does not revolve, so when you come out of the bathrooms, your table will not be where you left it! As you can imagine, this results of stunning views of the city, and O Bar is in a great location, with views of Darling Harbour, Anzac Bridge, the Harbour Bridge, Opera House and any cruise ship which is in (Queen Mary II when we went).

O Bar offers a set course menu, though there are plenty of options for each course. We had both had had late lunches, so just went with2 courses, which was plenty of food. My cousin had an entree and main, whilst I ordered a main and dessert. The Rangers Valley Dry Aged Beef with robata grilled king mushrooms and heirloom carrots was delicious, as was my Agave ’toffee’ bananas with warm liquorice & fennel cake, barley malt ice cream and puffed grains.

To be honest, I feel as if the menu is expensive ($90/115 for 2/3 courses), though you are inadvertently paying for the views. And the staff did not rush us, which was great as we had a lot to catch up on. Our 6,30pm booking was supposed to be only for 1h45, though we were there for well over 2 hours.

NB – they are taking part of Bars March, which raises much-needed funds for The Animal Welfare League of NSW with $2 from every Barking Mad cocktail (Grey Goose Vodka, chilled fresh lychees, sweet apple juice, spearmint and organic ginger beer, served long) going to this great cause. If you order 2, you will receive complimentary scorched dips with grilled breads. This offer is valid until 31st March 2016.