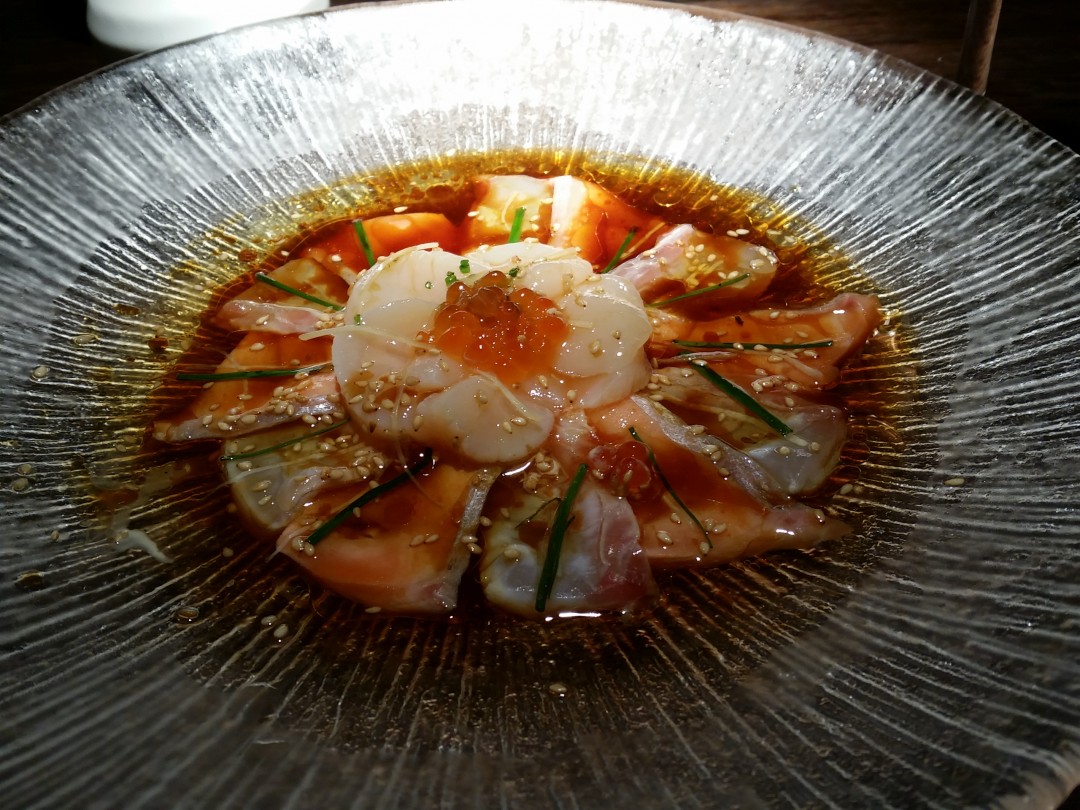 I have been wanting to try Sake Restaurant in The Rocks for ages, and finally dined there last night with my partner and friends. We had chosen the second sitting at 8pm. My friends were not keen on the traditional sunken dining and they swiftly moved us to a normal table. We were lucky that they had a few available, as it was very busy.

From here, it went rapidly downhill; well in terms of the service anyway. It was extremely slow, and to be honest, downright arrogant. When we pointed out to the waitress that we had asked for our drinks several times without luck, she said (with some attitude) that they were very busy as everyone had arrived at once. Sake opened in the Rocks (their first of 4 restaurants) in 2010, and they have a two sitting policy, so I thought they would be used to everyone arriving at the same time by now. We also had to repeat our order to the waitress, as she refused to write anything down. Perhaps not the best policy if you are working in a busy restaurant.

Luckily the food was exceptional, and we tried quite a few dishes (Edamame, Dumplings, Sashimi, Sushi Maki, Robata, Chicken Teriyaki etc). Not sure this was enough to make up for the service though, especially when you are paying these prices and there are so many good restaurants in Sydney. Would I go again? Let’s just say none of our group gave a tip, and my partner in particular is a very generous tipper. Perhaps I will give the newish one in Double Bay a go? I will keep you posted.