The Theatre Bar at the End of The Wharf 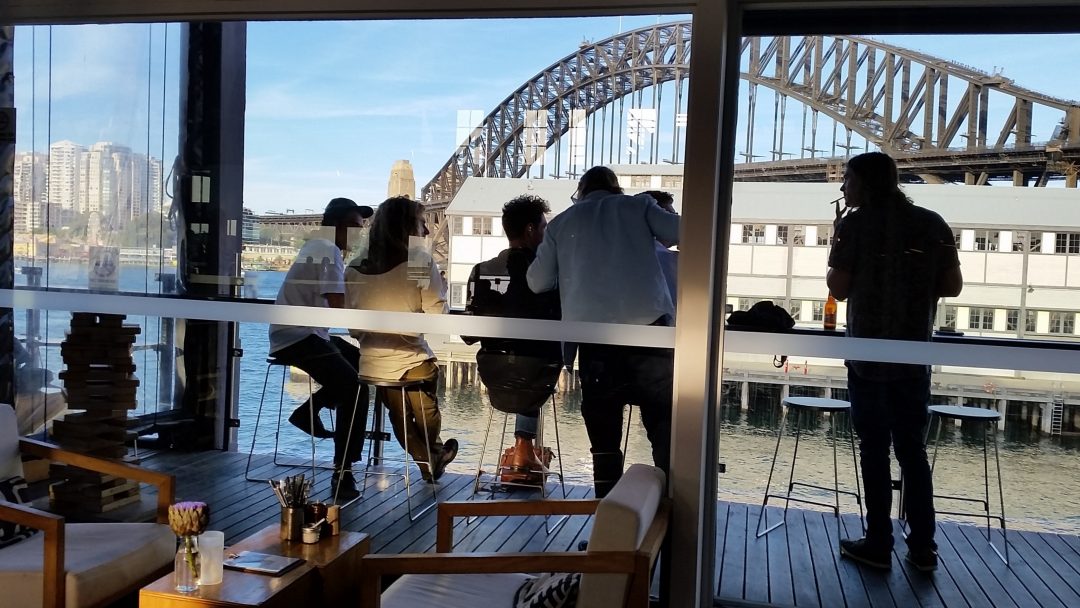 I have eaten here a few times before, so we knew we could not go wrong. Not only is the bar perched on the edge of Sydney Harbour and just a few steps away from Wharf 1 Theatre (where we were off to next), but the food is delicious, good value and quick to arrive. We also experienced perhaps the friendliest service I have ever received.

The only downside was that there was a private function in a glass-walled room with the best views. They also do not take reservations, so I would recommend getting there early (especially if there is a show on that evening).

NB – During The Wharf Revue 2015, The Theatre Bar at the End of The Wharf  is opening an exciting Pop Up Bar outside of Wharf 2 Theatre with a selection of light meals perfect for pre-show as well as an assortment of beverages. The Pop Up Bar is open from 6-8pm on Thursday, Friday and Saturday evenings until 19th December, so unfortunately we missed out on that this time, but the main bar more than made up for it.

← nel. restaurant Matilda the Musical and dinner at The Star →