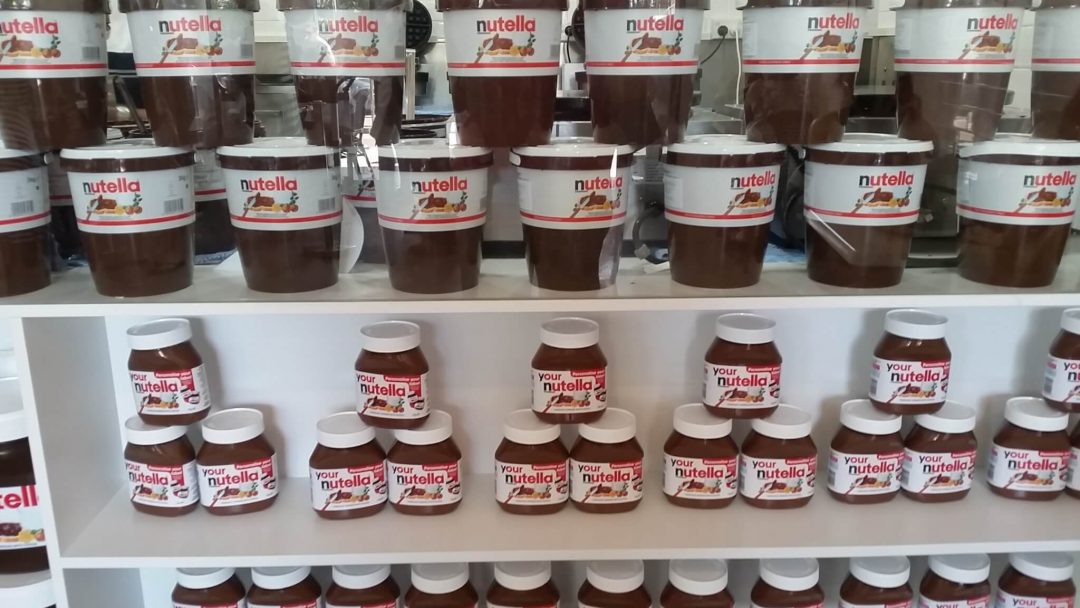 Tella Balls Dessert Bar is proof that the best things come to those who wait! I finally went to their cafe in Dulwich Hill, and was lucky enough to go with some friends plus the brother of the owner, who gave me all the inside info.

They were supposed to open about 18 months ago but unfortunately the brand new building they are in was delayed. Whilst they waited for their flagship store, they opened Foodcraft Espresso in Erskineville, where they perfected the now world famous Tella Balls Shake.

This amazing concoction (a nutella milkshake, with a Nutella-filled doughnut sitting on top) formed the basis of Tella Balls Dessert Bar, and certainly its name, but as I discovered last Saturday, this is just the icing on the cake.

The menu is huge, and not surprisingly, it took me awhile to decide what to order. In the end I opted for the Salted Caramel Tella Balls Shake. As you can imagine, it was extremely delicious, but also very messy. The salted caramel oozed out of my Tella Ball and all over my phone. Luckily, the phone is okay, and the mess was worth it. I would strongly recommend that you go armed with wet wipes though.

One of my friends ordered their signature Tella Lasagne, which consists of layers of Nutella flavoured mousse cake & fresh cream on a chocolate biscuit base served with vanilla bean ice cream. Another friend ordered the huge Tella Gelato Bowl, which includes 3 scoops of Nutella gelato, Ferrero Rocher chocolate chunks, Kinder Bueno, fresh strawberries, whipped cream, drizzled Nutella and is topped with a mini waffle cone! It is perfect for sharing, and could probably feed at last 3 or 4. I had to try both of course, for research purposes ;-).

I can’t wait for my next trip, as there is so much more to try and the owner is continually inventing new dishes, such as The Tella Cone (a sugaretti cone, injected with Nutella and filled with Nutella flavoured soft serve) and Geladough (It’s a doughy vanilla bean gelato that looks like a donut, on a stick).

The Geladough is just one of the non-Nutella options. There are more, if you are not a huge fan (??) or fancy something different. But Nutella is there thing. I asked the owner’s brother how many jars they go through a week. He is not sure about the cafe, but told us that at the Food Truck Festival last year, where they only sold Tella Balls Shakes, they used 347kg of Nutella in just 12 hours!

First stop, Sydney. Next stop, the world! Investors worldwide have already approached them, begging them to set up a cafe in London, Melbourne etc. Where will be next? Watch this space.

In summary, this cafe is an Instagrammer’s dream come true. And anyone who loves nutella of course.