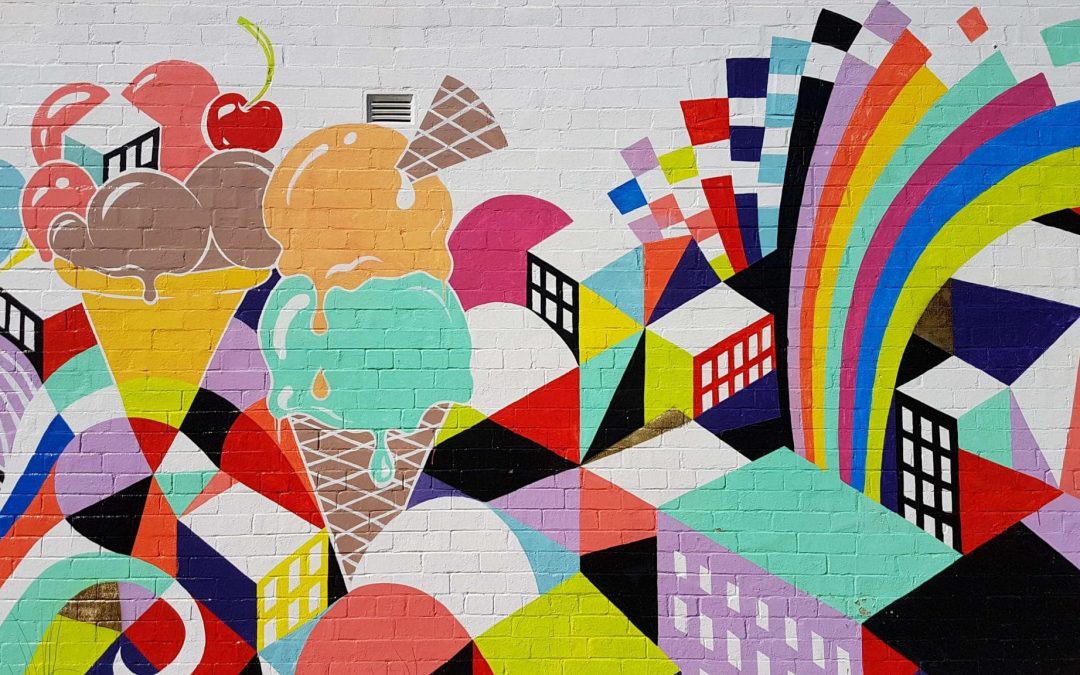 I moved to Leichhardt almost 2 years ago and have decided it was time I wrote my Top 10 Guide to this vibrant, wonderful suburb. In alphabetical order…

1. Cafe Bones
Hawthorne Canal Reserve
Their website claims they are the ‘World’s first dog-friendly cafe’. I’m not sure if they are the world’s first, but if you have (or love) dogs, there is no better place to go in Sydney. It is located within an off-leash area for dogs, with the Leichhardt Dog Training Club next door and a very pleasant 1km walk along the canal to the Bay Run. Treat your dog to their Pupaccino™ or Dogaccino™ (for the weight conscious dog) as well as a Bacon & Cheese PupFFIn or gourmet dog biscuit marketed under their own label. They have lots of delicious treats for humans too of course. Tip – don’t go if it’s raining, it’s all al fresco.

2. Hide & Seek Cafe
102 Norton St
If Cafe Bones is the ultimate cafe for owners of fur babies, then Hide & Seek Cafe must be the ultimate cafe for parents of human babies. As well as a children’s menu and large play area out the back, they also offer a babysitting service, private rooms for mother’s groups, fortnightly Baby & Kids Markets, kids birthday parties and weekly activities such as Move & Groove. It was started by 2 parents of a toddler who were fed up of not being able to find a cafe that was both adult and child-friendly, with great coffee and healthy food. Tip – it’s okay, they have some less healthy options too; their signature Sweet Potato Waffles are to die for and the sweet potato cancels out the ice cream, right?

3. Leichhardt Oval
Mary Street – technically in Lilyfield, but due to its name and proximity to Leichhardt, we decided to include it
It may not be used quite as often these days, now that West Tigers also play from ANZ Stadium and Campbelltown Stadium, but Leichhardt Oval is still an iconic venue and several codes (e.g. the Asia Cup International teams, North Queensland Cowboys in the lead up to their NRL grand final win, Young Socceroos and Sydney FC) use it for training. Recently, it hosted both the Aboriginal Rugby League Knockout Weekend (29/9-2/10) and the Intrust Super Premiership NSW Grand Final (24/9). Inner West Council have recently released a new documentary on Leichhardt Oval, its history and place in the local community.

4. Leichhardt Park Aquatic Centre (LPAC)
Mary Street – technically in Lilyfield, but due to its name and proximity to Leichhardt, we decided to include it
LPAC has it all. There is a gym with the latest equipment, over 100 weekly classes (including ones specifically for children, seniors and pregnant women), a nutritionist, 2 children pools (one indoors and one out), a diving pool, an Olympic-sized pool (with various lanes, such as Fun & Splash, Fast Freestyle under 55 seconds and ones for those in between), an indoor pool and hydrotherapy pool, as well as swimming lessons for adults and children. There is also a cafe which overlooks the Olympic pool and plenty of parking.

5. Light Rail
Hawthorne and Leichhardt North Stations
Whilst the rest of Sydney complains about George St and Anzac Parade being a mess, those of us in the Inner West wonder what the fuss is about. Many Sydneysiders do not realise this, but the Inner West Light Rail line has been operating for 17 years now! At first, it operated to just Lilyfield, but in 2014 they extended it to Dulwich Hill. I am lucky to live just 250m from Hawthorne Light Rail Station and pretty much always use this as my transport to the city.

6. Mezzapica
130 Norton St
Whether you are hosting a barbie, dinner party or special birthday, you cannot go wrong if you buy dessert from Mezzapica. Their Cannoli are infamous and come in 2 sizes as well as 4 flavours (chocolate, vanilla, pistachio and hazelnut). I believe variety is the spice of life, so usually get a few of each, depending on how many people I am catering for. If you are not a fan of ricotta or fancy a change, they have huge variety of other pastries, biscuits and cakes; such as bignes (like a profiterole), eclairs, tarts, amaretti, florentines, croissants, Nutella doughnuts, strudel and Zuccherati (sugar rolled doughnut pastry filled with vanilla custard) – many of which come in individual and family sized portions. It is their special occasion cakes where they really come into their own though. They can make birthday cakes in the shape of a superhero, princess, Thomas the Tank Engine, designer handbag, sports jersey or just something elegant. You are only limited by your imagination. Their Croquembouche Towers and Giant Cannoli also make stunning centrepieces.

7. Palace Cinemas
99 Norton Street
Having a Palace Cinema in your neighbourhood is the adult equivalent of having a toy shop in your living room. They were started by the Zeccola family in the 1960s in Melbourne, and amazingly are still run by them. Only now, they have 20 (soon to be 21, a Palace Cinema is opening in Chippendale this December) cinemas in 6 states. Not only do their seats offer more leg room than most standard cinemas, but each seat also has a small table, which is perfect for their gourmet food & drink (think cheese plates, antipasto boards, award-winning healthy olive oil popcorn and Aperol Spritzes) that they allow you to take into the screens. Leichhardt’s cinema also has a lounge area and alfresco terrace if you prefer to dine before the film. If there is a film festival in Sydney, 9 times out of 10, Palace Cinemas in Norton St will be one of the hosts. For example, The Lavazza Italian Film Festival just finished (12/9-8/10), The Delphi Bank Greek Film Festival is currently on (10-22/10) and the Cunard British Film Festival starts straight after (24/10-15/11).

8. The Peanut Butter Bar
161 Norton St
What could be better? Not only did Peanut Butter Bar open today in Sydney, but it is located just 800m from Sydney Concierge HQ. I just got back from checking them out and was happy to find that not only are their products full of peanut butter deliciousness, but they are also free from refined sugars and preservatives (they also have lots of gluten-free and vegan options). In fact when I said I wasn’t sure what I wanted to order, they asked me if I wanted a healthy option or less healthy option. Their food philosophy can be summed up by “indulgent wellness, so now you can have your cake (gelato/pudding/milkshake/pancakes) and eat it too! Double win. In sum, if you love Peanut Butter, you will love this cafe – they even have Peanut Butter on tap! You will also love the venue, if you are a Rocky fan, as its inspired by the film and even has a mini boxing ring. You can event watch back to back Rocky films whilst you eat. There is also a Gelato Bar, which I am definitely trying next time – 90% of the flavours have extra protein and 35% less sugar. If you think it sounds good to be true, check it out. Tip – go now, before everyone in Sydney finds out about it.

9. The Royal Hotel
156 Norton St
The Royal Hotel in Leichhardt has been around for a long time; since 1886. But they recently underwent a huge renovation, which included the opening of The Royal Botanical Bar and Dining Rooms upstairs. The district views from the Botanical Terrace they added on level 1 are lovely, especially around sunset. And their Salted Caramel Martini is perfection. Downstairs has a more traditional feel, with poker on Mondays, trivia each Thursday, meat raffles and live music on Fridays and karaoke on Saturday nights. Tip – the Salted Caramel Martini is only available in The Royal Botanical Bar upstairs.

10. Sydney Concierge
16 Lyall St
Sydney Concierge is Leichhardt’s only personal concierge company. We help busy people tick off their to-do lists, so that they can spend more time with their families and doing what they love. Contact me today if you wish you could clone yourself.

What are your thoughts? Did we miss any of your favourites? Where would you add to the list?