Top 10 Things to do in Cape Town 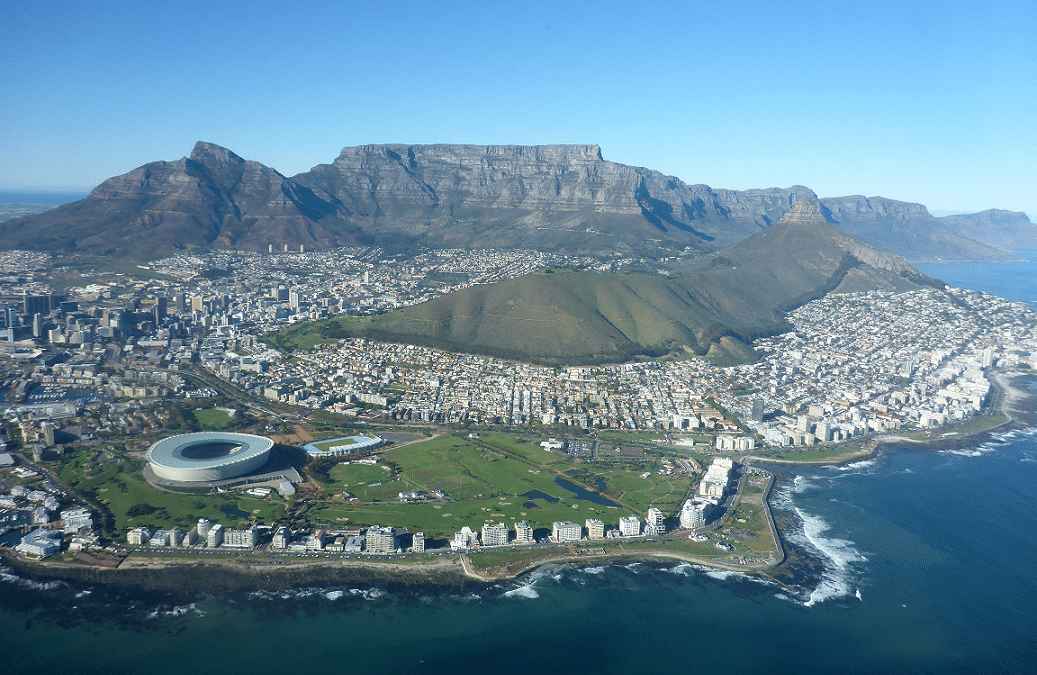 I will preface this blog post by saying that until a few weeks ago, I thought Sydney was the most beautiful city in the world. Sydney certainly has its harbour in the bag, but in terms of the landscape, sorry Sydney, but Cape Town wins hands down. And coming from me, the owner and founder of Sydney Concierge, this is huge. By the end of this post, I am sure you will see where I am coming from. NB –  my top 10 are highlighted in bold below.

After a 37-hour journey from Sydney (note, do not fly via Dubai and Johannesburg, even if that is the only availability using points), we finally arrived at our home for the next 2 weeks, The President Hotel. After a pretty good night sleep, we enjoyed the buffet breakfast, checked out the hotel and local neighbourhood, Bantry Bay/Seapoint.

After lunch, we caught an Uber (they are so cheap in Cape Town) to the ferry terminal at V&A Waterfront, for our ride to Robben Island. Our ferry was due to depart at 1pm, so we were a bit worried when we arrived at 12.45pm, to find hundreds of people waiting for the same ferry. It turned out they had put on extra ferries, so we actually left just before 2pm in the end. This was the perfect introduction to Africa Time. If you think Australians are laid back, South Africans are horizontal.

Robben Island was fascinating, despite depressingly only closing 21 years ago (the maximum security prison for political prisoners closed in 1991 and the medium security prison for criminal prisoners closed five years later). The first half of the tour is a 45-minute bus ride around the island, followed by a 45-minute short walk with a former prisoner. He showed us the tiny cell which Nelson Mandela slept in for 18 years, which strangely made me feel sorry for all of the other political prisoners which don’t get much of a mention. The ferry to Robben Island had been a pleasant half an hour or so journey, but unfortunately the winds had picked up by the time we left and it was a very choppy 50-minute ride back.

We ended our first full day with a lovely dinner at Quay Four, catching up with an old friend that I hadn’t seen in 13 years; since we worked together in London. I ordered the Seafood Platter, thinking 300 Rand was really cheap (about AU$30). I later realised that this is expensive by normal Cape Town standards, as the average meal in a nice restaurant costs the equivalent of AU$15-20.

The next day was pretty chilled out, but we did do the Hop On & Off Bus, which is a great way to get your bearings in any new city. For dinner, we ordered room service and researched safaris, restaurants, and itineraries; I was in my element. We had bought the 2-day pass for the Hop On & Off Bus, so we continued the next day with routes we had not seen yet (there are 4 in total), as well as taking advantage of the free 25-minute harbour cruise. The cruise does not travel far, but it was a great way to see the city skyline, and we spotted our first seals.

We got dropped off in the city afterwards and picked up a small rental car. Hiring a car for the next week was probably the best decision we made. We drove down to Sandy Bay and Llandudno, before gradually making our way up the coastline to Camps Bay for dinner at sunset. One of the advantages of Cape Town over Sydney are the stunning sunsets over the ocean. There are many beautiful spots in Cape Town, but Camps Bay was already our favourite!

The next day, we drove to Aquila Private Game Reserve Safari & Spa. To say I was excited about ticking this off my bucket list is an understatement. If you have done the Serengeti or Kruger, you may find Aquila underwhelming (apparently), but the biggest thing I had done before this was Dubbo Zoo, so I was extremely impressed! We decided to the overnight safari option, which includes buffet lunch (a bit disappointing), a sunset safari (where we saw 3 of the big 5 – who needs to see a Water Buffalo anyway?), dinner buffet (much better than lunch), stargazing through giant telescopes, toasting marshmallows, premium lodge with game reserve views (we spotted ostriches and hippos from our balcony), sunrise safari (where we didn’t see any many animals sadly) and buffet breakfast. Please note, the easy 2-hour drive to and from Aquila was equally stunning, although there was a small stretch where a large road sign told us not to stop, due to a prevalence of car hijackings!

The following day, we did a wine tour to the Stellenbosch region with Wine Flies. They picked us up at our hotel at 8.30am and dropped us back about 5pm. Our driver and tour guide, Terence, was brilliant. Not only did he take us to some great wineries and know his wine, but he also showed us how to drink from a 100-year old barrel using a Wine Thief. The tour included mostly red wines, which I was initially a little disappointed by, as I usually drink rose or white. However, they weren’t any old red wines…tastings at the last winery we visited, Annandale, included the best Cabernet Sauvignon in South Africa and fourth best in the world. For dinner, we decided to take one of the reds we bought to Hussar Grill at Mouille Point, as they are renown for their steaks. My Chateaubriand did not disappoint and my partner had the lamb from Karoo; where some of the best lamb in the world comes from.

We thought it would be hard to top the last 3 days, but we started our seventh day at Kirstenbosch Botanic Gardens. The weather had consistently been about 30c for the last few days and was still hot, so we chose to do the 1-hour Shuttle Car Tour (ie – a private tour in a large golf buggy which seated 8 including the driver). This was the best 70 Rand (about AU$7 we spent). As the buggies are so small, you need to book in advance. I would highly recommend booking this as soon as you arrive, if it is a hot day, as the guide was very informative and the gardens are hilly. The buggy even dropped us off at the Tree Canopy Walkway and picked us up afterwards. There are a couple of places to eat at Kirstenbosch. We chose Moyo, which was brilliant. The food was delicious, and someone on the next table was celebrating their birthday, so we got to enjoy the whole African experience. They also offer picnic baskets to enjoy al fresco, in the botanic gardens.

From here, the day kept getting better. Next on the list, the iconic and stunning, Table Mountain. It had been closed the fist few days we were in Cape Town, due to wind and/or rain, but we finally made it. And it was certainly worth the wait. Although admittedly, I am not a huge fan of cable cars, especially as this one – as it is revolving! Luckily it only takes about 5 minutes to get to the summit (1,089m above sea level). If the breathtaking views aren’t enough to keep you occupied, there is also a shop, restaurant (with more stunning views), guided walks and 3 hiking trails. Keep an eye on their website, as it will not only tell you if the cable car is open (it is about a 4-hour return walk if not), but also how long the queue for the cable car is to get up, and down (not surprisingly, it is a lot longer just before and after sunset). We were tempted to stay for sunset, but decided to drive to Signal Hill instead, for spectacular views of the sun setting over the ocean.

The next day, we had planned to start with the scenic Chapman’s Peak Drive, but unfortunately, it was closed for maintenance, so we drove inland to Muizenberg Beach instead, to check out their brightly coloured beach huts (okay, but not as good as Brighton’s in Melbourne, to be honest). NB – Check the website for Chapman’s Peak Drive before you travel – we found out afterwards that they publish if it is open or not, including any scheduled maintenance. Next stop, Bertha’s in Simon’s Town for fish n chips in this quaint fishing village, followed by Boulder’s Beach to check out the African Penguins. Unlike fairy penguins in Australia, these ones are very active in the daytime. If you visit here, but don’t see many penguins at first, don’t worry, there are hundreds on the beach at the end of the boardwalk.

We then continued to Cape Point. It is commonly thought to be where the Atlantic and Indian Oceans meet, but this is actually 150km away at Cape Agulhas. Close enough to warrant dramatic scenery. We were hoping to do the Flying Dutchman Funicular to the lighthouse, but unfortunately, we had missed the last tram up and we didn’t have time to walk, as we had a dinner booking at the Twelve Apostles Hotel (over sunset of course). We drove there via Chapman’s Peak Drive, which had now re-opened thankfully. Our patience was rewarded, as this direction (heading north from Noordhoek to Hout Bay) meant we got to hug the coastline and pull over safely at the various lookout points.

We went back to the vibrant V&A Waterfront the next day, to check out the shops, before driving to Table View (does what it says on the can). We could not decide which of two restaurants to go to for lunch, so ended up going to Blowfish for lunch and Maestro’s on the Beach for another wonderful, sunset dinner. Blowfish was great, although I preferred Maestro’s, thanks to its outdoor seating overlooking the beach, with Table Mountain serving as the backdrop.

After a lazy morning the next day, lounging by the pool and having a pedicure, we had one of my all time best dining experiences; Chef’s Table at the elegant Belmond Mt Nelson Hotel. We had lunch there, which was supposed to consist of 3 courses, but they threw in a few yummy surprises. The best part though is that our table was located in the main hotel kitchen. There are just 4 tables (each for 2 people) in the kitchen, so advance bookings are highly recommended. Luckily for us. nobody else had booked for lunch that day, so it was just us and the chefs. They gave us a private tour of all the kitchen (the pastry kitchen smelt divine), encouraged interaction and provided the best service by far. Mind you, it is not often that the diners are outnumbered by the chefs. We were far too full for dinner after this amazing experience, so simply enjoyed a sunset stroll along the beach, near our hotel.

The last three days were taken up with visiting the colourful Bo Kaap, more sunset dinners in Camps Bay, a harbour cruise, last-minute shopping at the V&A Waterfront, African entertainment at Greenmarket Square and a romantic dinner at La Mouette. We were sad to leave exotic, vibrant and sunny Cape Town, with its magnificent mountains, but after 2 weeks, we were looking forwards to going home…just not the 35-hour journey!