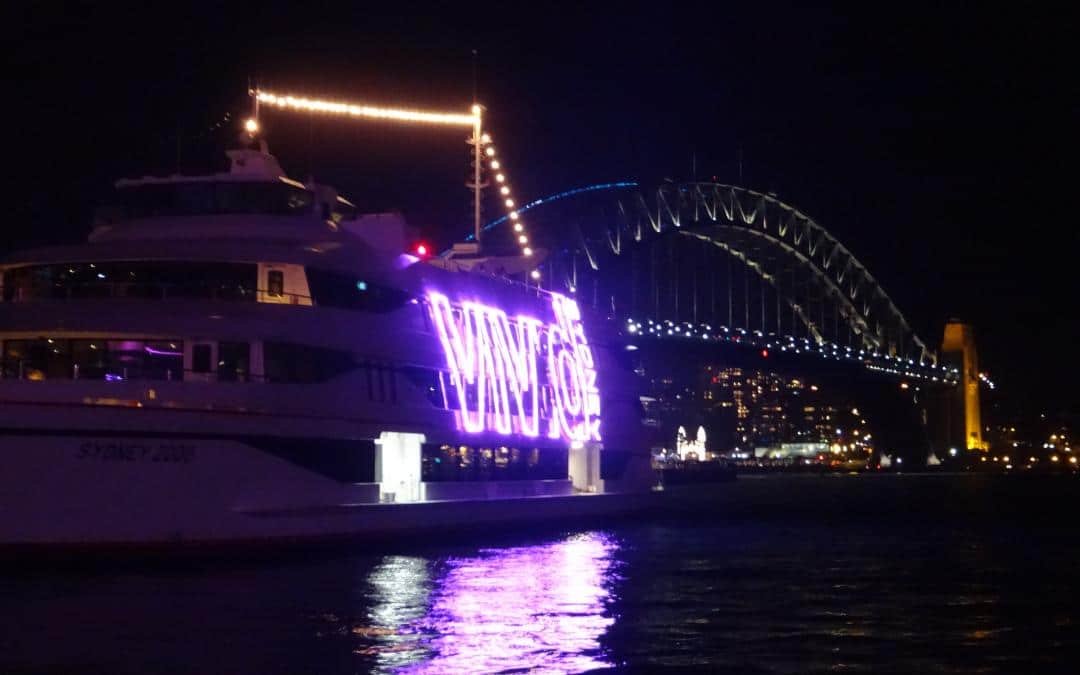 Each year, they say that Vivid Sydney is bigger than ever. This year it is actually true! There are over 60 light installations, projections and illuminations throughout the city. As well as the usual areas (Circular Quay, the Rocks, Martin Place, Darling Harbour and The Star), new precincts this year include Pyrmont Park, Central Park in Chippendale and Chatswood.

Vivid started just 3 days ago and undoubtedly you are feeling overwhelmed already…which restaurant has the best view? Which cruise has the best deal? Is a hotel room with a view better than a cruise? Are the new precincts worth the trek? How will I see everything in just 2 weeks?

Well, don’t worry, as we are here with our annual Vivid Sydney guide!

Best Bars & Restaurants with a View

Other Restaurants near the Action

Best Accommodation with a View

For me, it is all about the pretty lights to be honest, but that is just a third of Vivid’s program. The festival also includes Vivid Ideas and Vivid Music. Both of which have some great events lined up including…