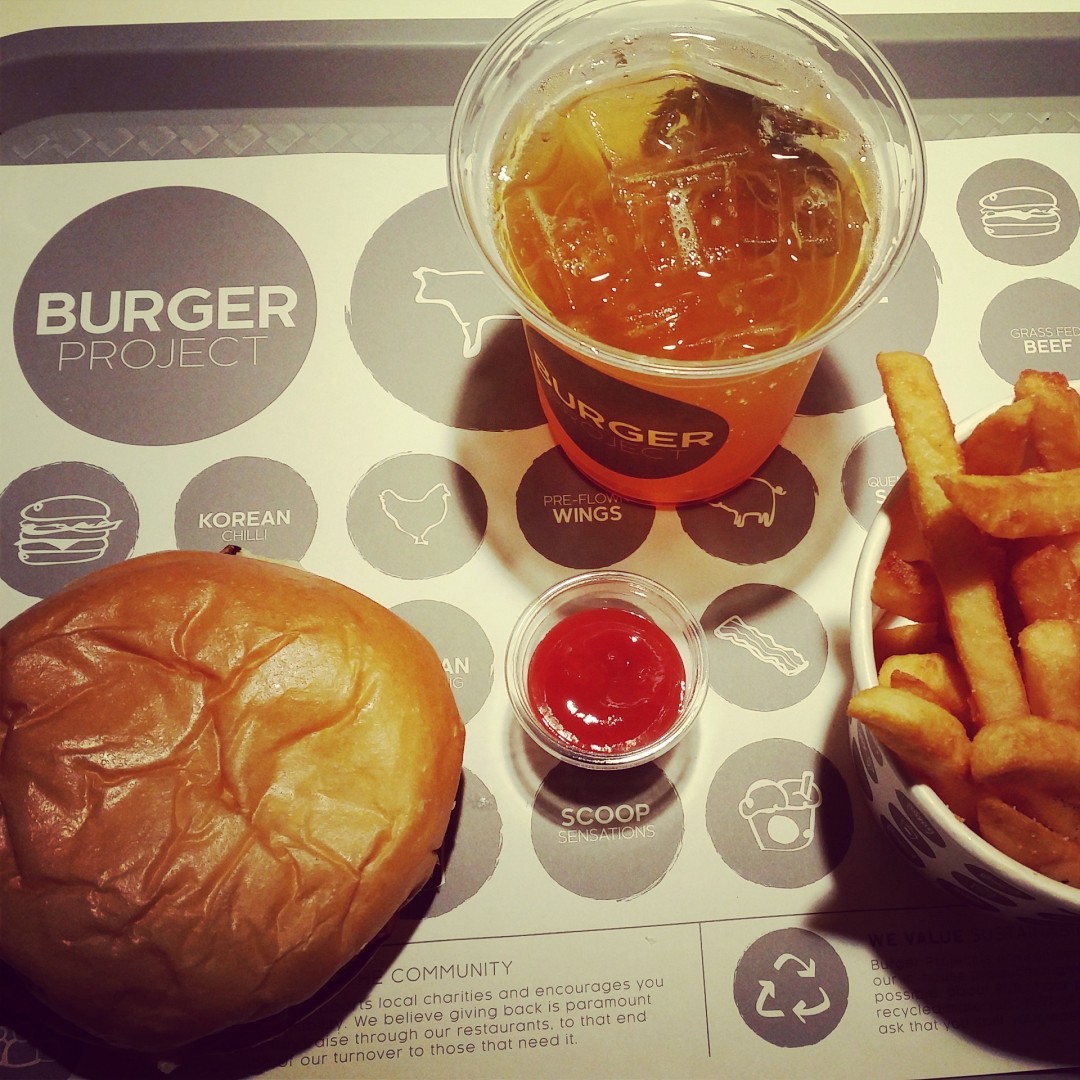 When Burger Project was opened late last year by Neil Perry, of Rockpool and Qantas fame, I got my hopes up. Despite that, I didn’t eat there until last night (9th January 2015). I guess by this point, my expectations were too high. After all, the burgers in the bar part of Rockpool Bar & Grill are amazing, and also the reason behind the Burger Project was because Neil Perry wanted to “take one of the world’s great gourmet burgers from Rockpool Bar & Grill to the people.” It was okay, don’t get me wrong. It just looked a little bit like a McDonalds, or a canteen, inside for my liking – especially the plastic tables and chairs. The main difference being the trendy lights, and they sell alcohol at Burger Project. I paid $17.30 for a cheeseburger, chips and iced tea and it costs probably about half that in McDonalds. On the other hand, a burger and fries at Rockpool Bar & Grill costs $24 (and that is without a soft drink), proving my theory that you usually get what you pay for in life.  I am being a bit harsh though – the burgers are juicy and the chips were pretty good. In hindsight, I think maybe this is Rockpool for Gen Y and students, and maybe I am just showing my age? If you are still wondering I arrived about 5.30pm on a Friday and it was pretty empty, but by 6pm when I left, it was starting to fill up. In summary, it is fine for a quick bite to eat (in or out – they do take away) before the cinema, but I wouldn’t write home about it sadly.