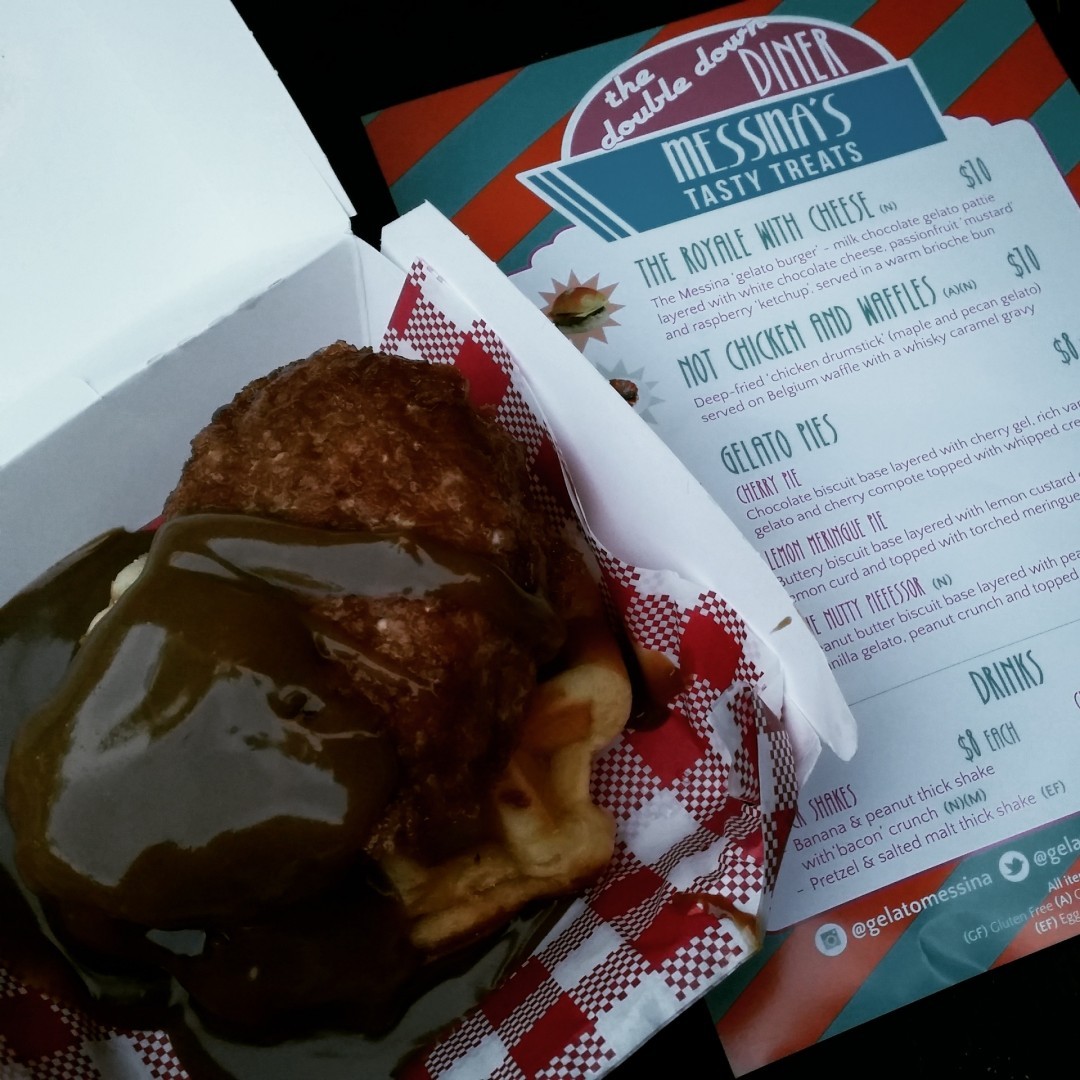 Where do I start? How can  begin to do Gelato Messina justice? They wee voted the Best Gelato in The SMH Guide 2011 and they have not slowed down since. To my delight, they now have branches in Darlinghurst (complete with a Dessert Bar), Surry Hills, The Star, Bondi, Miranda, Parramatta and Fitzroy in Melbourne. They also have had pop-ups at this and last year’s Sydney Festival where their creativity is let loose. For example, the photo above was taken at this year’s Featival Village, at Double Down Diner (a partnership with Porteno, another of my favourite restaurants). It is described as ‘Not Chicken and Waffles’. In other words, it may look like chicken and waffles, but it is actually maple and deep fried pecan gelato with whiskey caramel gravy, served on a Belgian waffle! Their usual flavours in branch are not bad though – Salted Caramel and White Chocolate is my favourite. For those of you who fancy trying to make your own gelato, they even run classes now. Having said that, January to April 2015 classes all sold out very quickly. May to August 2015 will be released soon. Watch this space!